I have been using Cinnamon for my window manager on my linux desktop. I’m using a Thinkpad T460p with the dock and a pair of U2311H monitors rotated to the left side by side. This config is fairly easy to setup in Windows and OSX and works on linux but can require a little more fiddling.

The default cinnamon display settings dialog did not allow me to position the monitors relative to each other. Instead if I tried to drag a monitor closer or change it’s position the displays would flip around to be on top or on the bottom. There was no small adjustments, just wild snapping around.

So dragging an application window or even moving the mouse from my two monitors to the laptop meant that if I exited the dell monitor high up on the panel the mouse would appear low on my laptop’s display. Additionally the panels appeared to have a large buffer space between them so that when dragging a window across displays it disappears into the upside-down (You should really watch Stranger Things on Netflix) for a bit before reappearing on the next monitor.  This incongruity bothers me to no end.

Then a stumbled upon ARandR, a fantastic little tool for adjusting your monitor’s position and resolution. It’s in the It’s a gui front end for xrandr and it works perfectly! No manually counting pixels to adjust your monitor’s relative position.

The best part is, now that I fixed the position in ARandR the cinnamon display settings dialog seems to work as expected? I’m sure it’s a bug but I don’t have time to track it down.

If you find yourself about to pull your hair out with multi-monitor position and orientation in linux try ARandR! 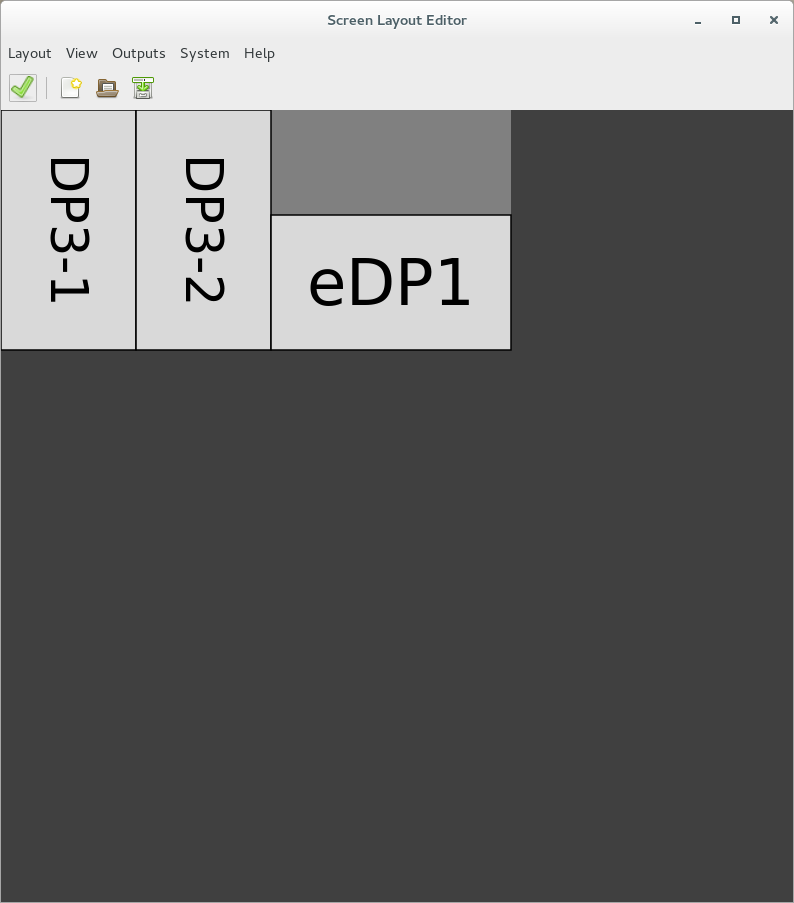